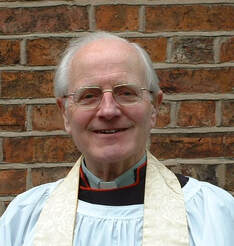 ​What a great blessing we have in our medical services.

Last October I was rushed to A&E, then diagnosed with a blockage of the bowel, caused, the Surgeon said, by a cancer.  He said there were three choices.  The first was to remove the tumour also the damaged section of colon, then fit a stoma bag.  But he did not recommend it because he feared I would not survive such a serious procedure, nor would I have Chemo or Radio therapy.  Instead he would propose inserting a stent to restore a passage through the colon.  And the third option, I asked?  “You will not leave the hospital” he said!

I knew I had much prayerful support for which most heartfelt thanks, which must have played a part in the most amazing response to the bad news. There was no feeling of shock, fear, worry, or anger. Instead there came an overwhelming sense of peace, and even joy, a sense of being protected, as though being enfolded in an invisible cloak of love and support, which remained with me.  It is not that unusual an experience as is testified by the poem ‘Footsteps’. 'My precious child, I never left you during your time of trial. Where you see only one set of footprints, it was I that carried you.'

Where is Jesus?  Where He promised He would always be.  He said, "I am with you every single day, to the end of the Ages.”  Many millions and millions in the years since Easter and Pentecost must have had such experiences.  But we have to invite Jesus in.  "Here I am, I stand at the door and knock. If anyone hears my voice and opens the door I will come in and eat with them, and they with me."

So where is Heaven? It is wherever Jesus is, then if we are with Jesus, as he means us to be, we are in Heaven right here and now!   Without Him, we are nowhere, totally without any lasting future.  So we choose, not my way, but Jesus's way.   He said also, “I am the way, the truth, and the life, no one comes to the Father but by me.   It is the Father's good pleasure to give you the Kingdom.”

St Paul wrote in his letter to the PHILIPIANS, 'Rejoice in the Lord.  I will say it again rejoice!  Let your gentleness be known to all.’

‘THE LORD IS RISEN!  HE IS RISEN INDEED!  ALLELULIA!’

A Happy and Blessed Easter,