We look forward to our A.G.M on February 19th, followed by members afternoon. The Diocesan Festival Service will be on Saturday, 29th February at 11am in Chester Cathedral.  After that, there will be the Lady Day Service to be held at St Mary’s, Nantwich at 2.15pm followed by a bring & share tea.  (Note: No meeting in March).

Everyone is welcome to come along and see what Mothers’ Union is about at any of our meetings, usually held 2.15pm in the Howe Room on the third Wednesday of each month.

Corporate Communion is 1st Weds each month at 10.00am, St Mary’s.

New Branch Leader with New Members and a Transfer 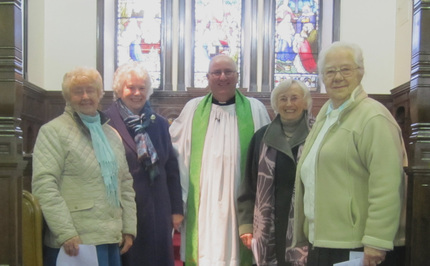 Jenny Hall was recently commissioned as Branch Leader and two new members, Jean Watson and Marian Carter, were enrolled at the service at St Mary’s on February 4th, 2015.

Betty Russell was also welcomed as having transferred from Bangor Diocese the previous year.

The service was well attended and supported by other members from the Deanery.

Members and friends enjoyed a day out at Salford Quays and Ordsall Hall on Monday, 23rd July (together with members of the Ladies Evening Group).  We were very lucky with the weather as it was dry and bright all day! 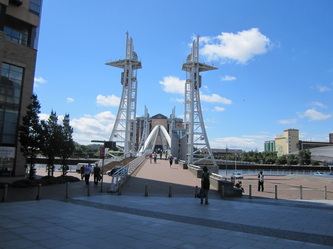 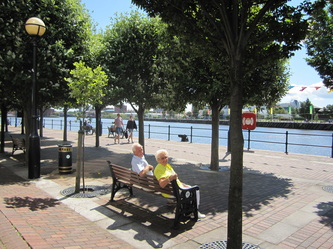 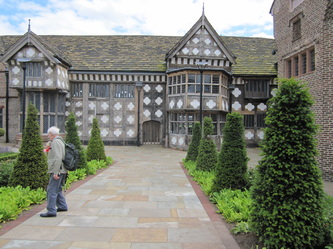 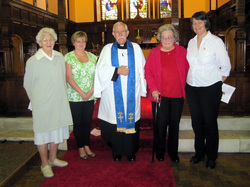 Members of Nantwich Deanery enjoyed Afternoon Tea at St Matthew's Church Hall, Haslington, Crewe on Mary Sumner’s Day (August 9th).  Pictured are some of the members enjoying the refreshments and also some of the cakes!  The afternoon raised £80 for the Holidays Away Project and also £30 for the Food Parcel for the local family who benefitted from this initiative. 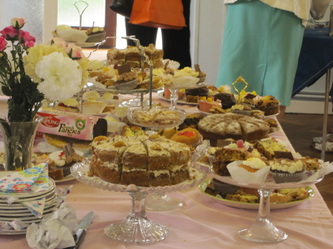 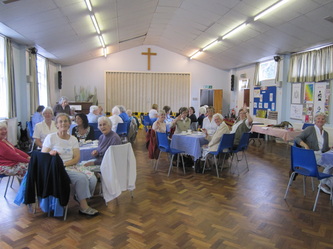 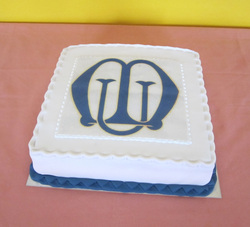 The new Committee was approved at the AGM on Wednesday, 16th February at St Mary's Church Hall.  Sue Squirrell did a Presentation about Mothers' Union and the work of the branch.  Previous Committee members were thanked for their work, with a basket of flowers, and the meeting finished with refreshments and a piece of 'MU' cake (pictured) - Delicious! 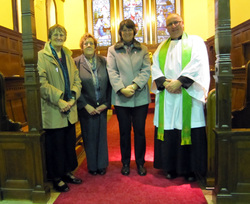 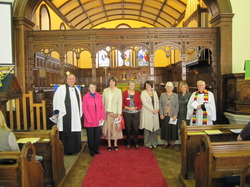 The Mothers’ Union Literacy and Development Programme is celebrating its 10th anniversary to achieve a recognised level of literacy and numeracy since 2000 in Burundi, Malawi and Sudan.

Over a £1 million of Mothers’ Union money and £800,000 of partnership fund-ing has been spent, some of which was from Comic Relief, who have now given another grant of nearly £1 million! to cover the next 5 years for this work to continue. More than £5,000 had been raised by Families First readers (Britain’s best selling Christian magazine) through this Lent with the ‘Country Blessings’ fund raiser scheme.

The programme trains adults in reading, writing and arithmetic skills, helping some of the world’s poorest people to find long-term solutions to tackle the poverty on which they live. The programme has achieved the following:-

The Work of Mothers' Union in Nantwich Deanery